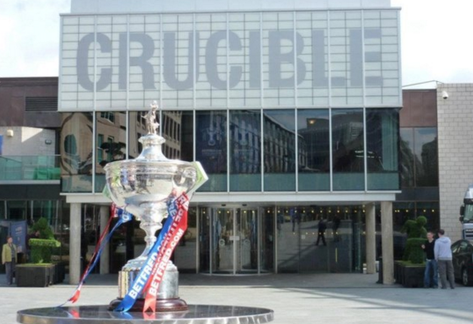 SURPRISE FIRST TIME WORLD CHAMPIONS - HOW DO THEY COPE?

With the Ladbrokes World Grand Prix starting tomorrow, Stuart Bingham finds himself under increasing pressure to gain momentum for his World Championship title defence at the Crucible in just under 6 weeks time.

The popular 39 year old was an unlikely 50/1 shot to lift the sport's most famous trophy last year - but it is not as if he was unheralded before his opening round clash with Robbie Williams. He had been a permanent fixture in the world's top 16 for the previous three seasons and had already won a brace of majors, alongside other events on the circuit.

In fact, in the lead up to his greatest triumph of all, Bingham had won the Shanghai Masters, an Asian Tour event and Championship League Snooker during the same campaign. Although having never reached a 'Triple Crown' major final before, considering his form, maybe his success shouldn't have been that big of a surprise?

However, this season he has struggled to reach the latter stages of tournaments, perhaps suffering, or somewhat burdened, with the consequences of being introduced as the WC.

Despite entering all six European Tour events (he loves snooker, very dedicated to the travelling), he failed to finish inside the top 32 on the Order of Merit, thus not qualifying for next week's big money Players Championship in Manchester. Of those six stagings, he managed to reach the Sunday just once, and had three first round exits.

The majors haven't been too kind either, making it past the Last 16 just twice.

There are of course a number of factors why his form could have dipped so much.

He is a targeted player now more than ever before. As mentioned, he was already a very well respected professional, but people want his bounty...his scalp.

There's the pressure of expectation and performance - it must be extremely frustrating for Stuart not attaining the same levels after the way he played to dispose of Ronnie O'Sullivan, Judd Trump and Shaun Murphy consecutively back in the Spring. Some of the best snooker any winner has ever produced in Sheffield.

He's also never been in the limelight as much as this season. As the current Crucible King, almost all his matches are televised on the main table, where as before he was usually on the outside. There is more scrutiny on his display, win or lose.

As unusual as it may sound, Bingham has never had such a sustained period of losing matches in front of the TV cameras - that can take time getting used to I should imagine.

There is also an increased demand for his appearance in exhibitions, shows, endorsements etc. No one can blame him for wanting to make his family secure by cashing in on these opportunities, but the extra curricular work could cause distraction and fatigue.

At the end of the day though, regardless of what happens in the rest of his career, he will always be known as a World Champion. He will be determined to pick up the other major honours missing from his CV, but if he shouldn't, I'm sure he'll still be the same happy man knowing he achieved his ultimate goal.

And who knows, a good run this week in Wales and in Beijing for the China Open, he could well pose a threat to the 'Crucible Curse'. He undoubtedly has the ability.

Below is a brief look at some other surprise first time World Champions, and how they fared the following season...

The biggest shock winner of snooker's biggest prize of all time.

He stunned the world in 1986 by producing the snooker of his life at the Crucible; eventually outplaying 80's king Steve Davis 18-12 in the final.

Although he was ranked just inside the world's top 16, and had appeared at the Crucible before, he had never previously won at the venue.

He failed to kick on the following season, reaching just one semi-final before his defence.

However, he very nearly upset the odds once again, reaching the final and facing Davis in a rematch. This time, though, 'The Nugget' would get his revenge in a reverse 18-14 victory.

Doherty was of a very similar profile to Bingham prior to his win in 1997. He already had the credentials of being a top 16 star and a former major event winner.

Nonetheless, he wasn't given much hope of beating 'The Golden Bairn' Stephen Hendry in the 97 final. But the Irishman duly stopped Hendry's 29 match winning streak in Sheffield with a 18-12 win.

Just like Joe, Ken followed up his defence with a run to another final - although he would fall short to John Higgins.

Earlier in that season, 'Crafty Ken' had performed very admirably as the WC. He won the Malta Grand Prix and was awarded the Irish Masters crown after Ronnie O'Sullivan was stripped of the title. He too claimed the Premier League crown, but the play-offs for this were in May.

Most people in the snooker fraternity knew what an exciting prospect Shaun was, but as a qualifier, he had to navigate a record seven matches for the ultimate title. Like Johnson, he was a 150/1 outsider, only the third qualifier ever to lift the trophy, and at 22 years old, the second youngster victor.

With the limelight squarely thrust into his face, especially given he was the lowest ranked player ever to win the World's at number 48, he became a household name and was seeded for all the following season's competitions.

He actually performed okay, his highlight being a run to the final over in Malta. Only in one tournament he got knocked out first round.

On his Crucible return, after wins against James Wattana and Steve Davis, he bowed out in the Quarter-Finals to Peter Ebdon 13-7.

Despite being in the world's elite, Scotland's Dott had yet to win a major trophy. When he did, he certainly made it count!

A runner-up in 2004 to O'Sullivan, two years later Dott proved his big time pedigree for good after seeing off Ebdon 18-14 in the final.

Much like Murphy, Dott was solid throughout the next year, although he did pick up his second trophy at the China Open, the last event before Sheffield.

This wasn't to prove to be a good omen however, as Graeme lost first round to Ian McCulloch.

After recovering from depression and falling outside the top 16 rankings, Dott got back in the top band by reaching his third Crucible final in 2010 - losing to Neil Robertson in another marathon encounter!