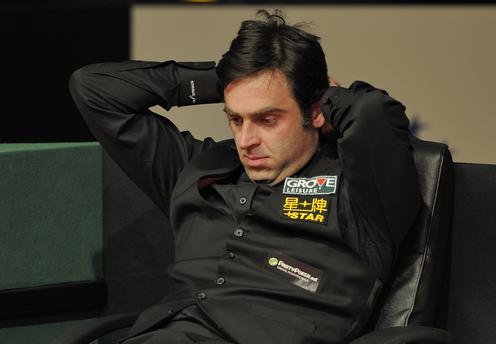 MD's BLOG - TOO MUCH SNOOKER?

It is constantly documented how the professional snooker scene was struggling before Barry Hearn came in at the start of the decade. The 2009/2010 season had just 6 ranking events; a very sorry state of affairs.

​Hearn, almost instantly, gave the players what they wanted, needed and asked for - more playing opportunities and more earning potential. This season there are 19 ranking events and 6 invitationals. A 25 tournament, £10 million professional tour.

However, some critics (whether right or wrong), feel the circuit is now unbalanced, overloaded and bloated.

From the opening day of the German Masters on the 1st February to the last day of the Players Championship on the 12th March, there are 40 consecutive days of action. Some days even have to double up to accommodate. As a counter balance though, the majority of that play is in the UK, with only Berlin and Gibraltar being overseas.

This season alone Anthony McGill (Indian Open), Liang Wenbo (English Open), Mark King (Northern Ireland Open) and Anthony Hamilton (German Masters) have all won their maiden ranking trophies.​These tournaments did not exist when Hearn took over, more evidence of the opportunities players further down the list now have to claim titles. In the previous era they were denied this, and with so much time off in between events, many couldn't be classed or afford to be 'Professional'.

There is an argument that the circuit could be better formatted. Earlier on this season in the British summer months, the opening four events (Latvia, India, China & Germany) were stagnated across June, July and August. Since then there has been something on pretty much every week.

I feel for overseas tournaments it is better to go back-to-back like the International Championship and the China Championship did, rather than UK based events.

Whilst I'm on the subject, some of the crowd attendances for UK events this season have been poor at times. Clearly the demand for TV coverage is still there (people will always watch it on the box), but the amount of empty chairs in venues at certain times is a bit embarrassing in my opinion.

As these new Home Nations events etc hopefully continue to grow in reputation, more people will come to watch. I believe the UK Championship and Champion of Champions were quite full capacity.

But what about another event in the South and/or West? Sheffield, York, Barnsley, Preston, Manchester and Llandudno - all northern venues, will host this season. The Guild Hall in Preston (as good a venue as it is) only housed China Open qualifying a fortnight ago, now it has the World Grand Prix too.

Anyway, I went slightly off topic there.

I decided to look at other professional single player sports circuits/tours. The European Tour in Golf has 47 tournaments currently listed for 2017, whilst the ATP World Tour in Tennis has 68.

Logistically though, I'm not sure I can compare all of these as there are so many different variables involved. Plus you can make the argument that Golf and Tennis are more 'Worldwide' sports with significantly more money in them than snooker.

The format of professional snooker tournaments will always be unique. For example, if you look at the World Championship as a whole (qualifiers and main event) it takes nearly a month to decide.

With 128 players on tour, qualifying / main events take days to sort out - snooker tables also take up room and time to assemble. Ideally you would play an event out in its entirety all at once, but snooker currently can't do that.

Best of 7 frames matches tend to get a lot of stick. With the calendar expanding so much in recent years, the format has had to be condensed. Bof7's don't have mid-session intervals and like the World Grand Prix this week, you can fit in two lots of matches on each table in each session.

Best of 9's you wouldn't be able to. If you wanted that format, you'd probably need two outside tables away from the TV cameras. More players down the ranking list now get coverage as the broadcasters can fit more matches in. For me that is a big positive, and it perhaps makes those less known names more attractive to personal sponsors of theirs.

In conclusion, I would suggest the amount of tournaments on the professional circuit is currently about right, although things could still be scheduled a little bit better in my opinion. Players and fans, like all other sports, do have the option of picking and choosing.

In Barry Hearn I still trust...

Written and published by Michael Day on the 8th February 2017​