Steve Mifsud is the 2018 Australian National Snooker Champion after victory at the RACV Club in Melbourne last weekend. It is the eighth time that Mifsud has won Australia's most prestigious amateur title; he is now a joint holder of the all-time record number of wins along with Max Williams who enjoyed his octet of successes between 1961-1972.

​His opponent in the final was Charlie Chafe, who was appearing at that stage of the tournament for the first time. After consecutive deciding frame wins over Johl Younger and Aaron Mahoney in the Last 16 and Quarter-Finals respectively, he ended defending champion Adrian Ridley's hopes of retaining the title in the Last 4.

In what would be an entertaining final, Mifsud opened up a 3-1 advantage before Chafe took four on the bounce to move one away from glory at 5-3 up. However, Mifsud recovered and claimed the last three frames to record a 6-5 win.

Mifsud is a former World Amateur and Oceania Champion, and has had spells on the professional circuit. His first national championship came in 2001 and his seventh was in 2013.

The picture above is courtesy of the Victorian Billiards and Snooker Association. 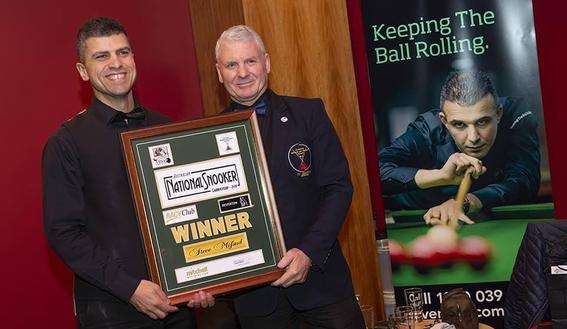