​​Former world number one Neil Raybone produced a typically assured performance to win Group D of the inaugural Vinny.co.uk Champions League Pool and qualify for the last eight of the competition.

Raybone – who wasn't in the original line-up but accepted a late invite – made a short trip to the Players Pool and Snooker Lounge in Newcastle-under-Lyme and finished with a 100% record in one of the toughest groups to predict.

The evening began with Raybone facing 2012 WEPF World Champion John Roe. The encounter was a classy affair; Raybone completing break and clearances in frames one and three, Roe doing so in frame four. At 2-2, the local star was on course for a third straight finish from his break but failed to get position on the black which was on a side cushion. With only a few minutes left on the 20-minute match clock, Roe had an opportunity to secure maximum points, but a missed double cost him dear and allowed his rival to knock in a simple black for ultimately the win. It would prove to be a pivotal passage of play come the final standings.

Next up was the exciting introduction of five-time Shootout event winner and favourite for the group, Jordan Shepherd. However, despite playing his specialist format, Shepherd would struggle throughout the night and was unable to settle with several uncharacteristic errors. He relinquished a 2-0 lead against experienced campaigner Brian Halcrow who - despite not being in top form himself - managed to scrap out a 3-2 win.

Shepherd continued to be frustrated as he stayed on the baize to play Roe; the latter emerging with a surprise 4-0 victory, a result that kept his hopes alive and extinguished his opponent's. Then, in a meeting of the opening match winners, Raybone got the better of former professional event winner Halcrow, 4-1.

Going into the final round of fixtures, three of the four contestants could still top the group, although only Raybone had destiny in his own hands. Roe did his bit with arguably the best display of the tournament so far as he constructed a trio of break and clearances during a 4-1 success over Halcrow.

Former World Masters and Premier League winner Raybone needed just a draw against Shepherd to qualify; a defeat would have meant a six-red shootout tiebreaker with Roe. Shepherd went in with intent and perhaps a point to prove, but his difficult evening carried on and Raybone ably went about his business to secure a comfortable 4-0 win and progression.

‘The Razor’ joins previous group winners Josh Kane, Aaron Davies and Phil Harrison in the second phase that is scheduled for next month. The overall winner of the Vinny Champions League Pool - which is broadcast every Monday night on Freesports TV - will pocket an impressive £10,000. 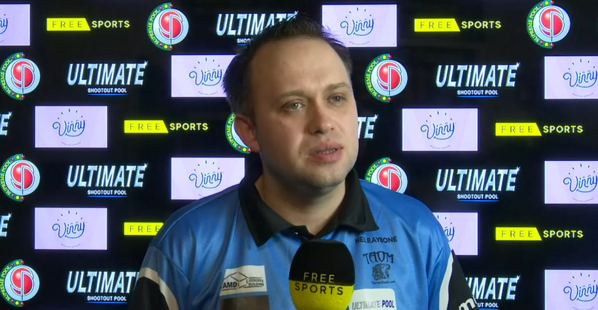