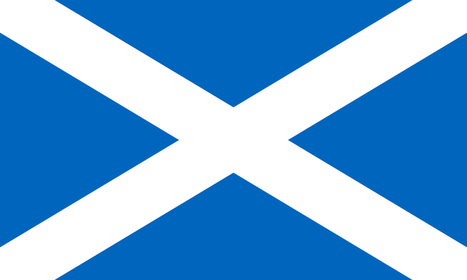 There was yet more positive news for the newly formed World Snooker Federation this afternoon as Scottish Snooker became the latest national governing body to sign up to the concept.

The WSF membership continues to grow; in recent weeks we have seen a number of different nations join already. Given Scotland's rich heritage and history in the sport this is very significant for the validity and progression of the Federation. Earlier today the WPBSA released a news statement -

​​"The World Snooker Federation (WSF) is today pleased to welcome Scottish Snooker as the latest National Federation to become a full member of the WSF.

The move is another significant step in a year which back in April saw Scottish Snooker, led by its Chairman Paul Marinello reach an agreement with the World Professional Billiards and Snooker Association (WPBSA) for both bodies work together to promote snooker and billiards in Scotland.

Now working even more closely together as part of the WSF, this will see the creation of further opportunities as early as next month to support the work already being carried out by Scottish Snooker.

The WSF and Scottish Snooker are therefore pleased to further announce that two significant amateur finals will be played next month at the Emirates Arena in Glasgow, alongside the final stages of the Scottish Open event staged by World Snooker. Won in 2016 by Hong Kong’s Marco Fu, the third event of the Home Nations Series will provide unprecedented exposure for Scottish Snooker and allow them to showcase their talent next to the world’s best players.

The first event will be the final of the Scottish Open Championship, the third main tour event of the 2017/18 season and set to be played from 32 players down to the final this weekend at the Red Triangle Snooker Club in Cumbernauld. The two players who make it through will not only battle for ranking points and prize money next month in Glasgow, but for a place at the EBSA European Championship in Sofia next February.

Also to be held is the final of the Masters Event 2 competition, to be contested between Glaswegian former professional Richy McDonald and Perth’s Scott Dunbar.

The World Snooker Federation only launched in October. To find out about its vision and goals, there is an article on the WPBSA website you can read here.

Written and published by Michael Day on the 28th November 2017