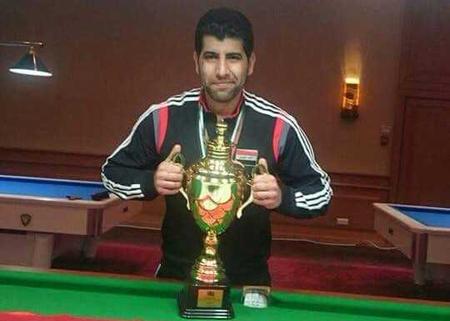 It's a country you may not necessarily associate snooker with, but last week Ali Hussein saw off 55 other competitors to win the 2018 Iraqi Open Snooker Championship in Baghdad.

Ali defeated Hussein Jafar 5-4 in the final to claim the title for the fifth time. During the tournament he registered a break of 117.

​Snooker in Iraq is more popular than you may think with many places to play. The Iraqi Union for Snooker and Billiards was in charge of last week's event.

Picture above is courtesy of Ali Hussein. I would also like to thank Ali for his help & information!

Written and published by Michael Day on the 16th January 2018