The top two amateur players in the country once again contested the final of the Northern Ireland Snooker Championship.

Hosted by the Minnesota Snooker Club in Ballymena, it was Brown who emerged a 10-5 winner.

Earlier this season Brown reached the final of the European Amateur Snooker Championship in Bulgaria where he was defeated by England's Harvey Chandler. As an additional reward, he was given a wildcard into the World Championship Qualifiers in Sheffield a few weeks ago, but narrowly lost to Hammad Miah 10-9 in the opening round.

Brown will be trying to regain his professional status at the 2018 Q-School in Burton later this month where there are 12 tour cards on offer.

Picture above is courtesy of Northern Ireland Billiards and Snooker Association​​ 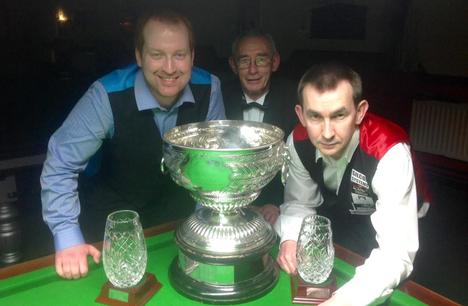