Competing players traveled to the Club Billar Valencia Snooker venue for this three day event that featured a double elimination qualifying format for the quarter-final knockouts.

Sanchez Ruiz, perhaps better known for his achievements on the pool table, emerged from the losers' section after a defeat against Aleix Melia in the winners' qualification round.

He repeated that scoreline over Daan Leyssen in the semi-finals and then gained revenge for his earlier loss when getting the better of Melia, 5-2, in the final.

26-year-old Sanchez Ruiz claimed the title, trophy and an invitation to the 2019 European Amateur Snooker Championships.

Undefeated players on the left hand side 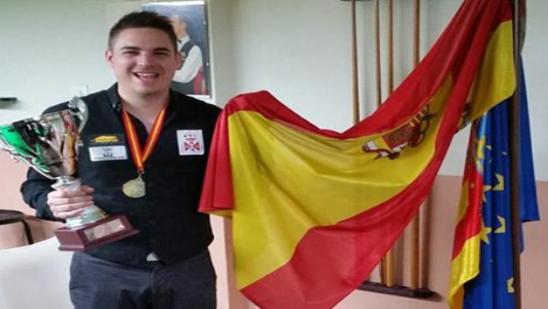