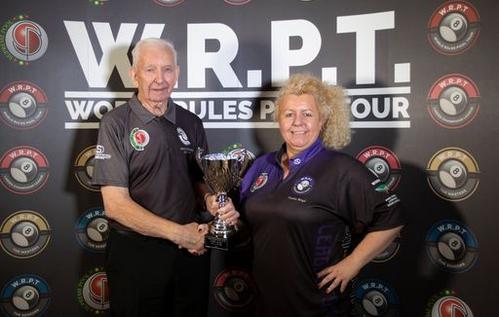 Written and published by Michael Day for the World Rules Pool Tour on September 1st, 2021

Back-to-Back Glory for Haynes
Harriet Haynes was also celebrating a double at the Metropole as the Kent cueist made it back-to-back triumphs on the WRPT Ladies Champions League circuit with glory at the second tour stop of the season.

Haynes dropped only five frames on her way to victory in Blackpool in June, but she certainly didn’t have it her own way this time early on as she qualified for the knockout phase having finished second in the group after a 5-4 defeat to Lyndsey Roberts.

Further tough assignments awaited in the KO rounds as Haynes dispatched Lauren Whittemore 5-2 in the last 16 and then current European champion Leanne Cragg 5-3 in the quarter-finals.

However, Haynes saved her best until last, finishing with a flourish as she swept aside former four-time world champion Emma Cunningham 5-0 in the semi-finals and then reigning two-discipline world champion Amy Beauchamp by the same score line in the final. The title match was a rerun of their meeting in the final of event 1, which Haynes emerged from 5-3.

In the Ladies Europa event – for those that did not qualify for the knockout phase of the Champions League – Paula Boyd was victorious after a 5-2 final win over Frankie Rogers in the final. On her way there, Boyd eliminated Ileana Ionescu 5-0, Lynne Pinches 5-3 and Dawn Keeling 5-1 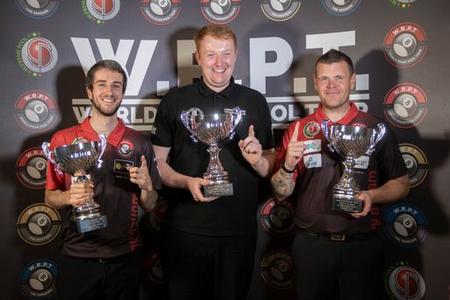 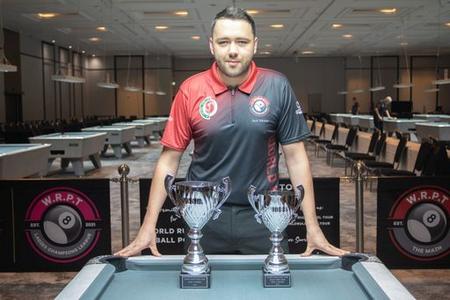 That victory completed the double for Whelan having earlier in the day walked off with £2,000 for conquering the second Jason Owen Open event of the campaign.

Whelan once again ran a gauntlet, although this time in a shorter format. After ending the hopes of Povey once more in the opening round – this time, 4-2 – he defeated Jamie Fay 4-1, Craig Hart 4-3, Jamie Graham 5-3, Neil Davey 5-2, McAllister 5-4 and Dan Eaton-Lees 5-1 to book another final berth.

World champion opposition was faced in the final in the form of 2016 victor Shaun Chipperfield, but Whelan’s extraordinary streak stretched again after a 6-3 success. 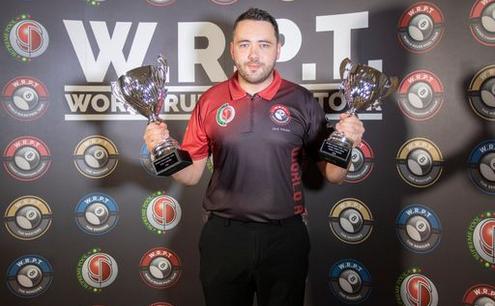 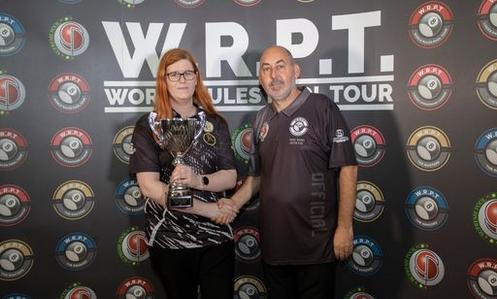 Team Success for Gillespie, Davies and Bradley
The popular randomly drawn 3-player team event was won by the trio of Scott Gillespie, Aaron Davies and Jordan Bradley as they went home having shared the £3,000 first prize.

They looked strong early on, relinquishing only four frames in the opening four rounds, but they also showed their resolve by coming through deciding frame tests in the quarter and semi-finals.

In the final they defeated the outfit of Ben Flack, Andy Williams and Greg Dixon, 5-2.

The Festival Plate Singles was won by Jon Egan. A competition for players who had lost in the team event early, Egan saw off Tom Cousins and Neil Raybone in earlier rounds before denying Shane Thompson 5-3 in the final. ​

WRPT 2 Review | What a Weekend for Whelan

The former world champion was in red hot form throughout in the capital, chalking up 16 match victories between the two competitions and banking a cool £7,000 for his efforts. Given the number and standard of players on show, it is one of the most remarkable accomplishments in the sport’s recent history.

Both events were part of the wider WRPT Festival of Pool that featured nearly 300 entries. Whelan made a statement of intent straight away in the main event, dispatching Matthew Povey 7-0 in the last 256.

He then eliminated Kristi Caulfield and Lee Washbrook both 7-3 before coming through a deciding thirteenth frame against Liam Gollop in the last 32.

“The Wonder” then saw off two current world champions in consecutive rounds – Scott Gillespie 7-2 and Jon McAllister 7-4 – before an 8-2 defeat of England international Dave Fernandez in the last four.

Waiting for Whelan in the final was someone who he knew very well – close friend and pairs partner Clint I’Anson. The two have been world doubles champions in the past.

I’Anson arrived at the venue in good form having triumphed in the opening Jason Owen Open in June. On his way to the title match this time he ousted former World Masters winner Josh Kane 7-6 in the last 64, recent Ultimate Pool Masters champion Phil Harrison 7-4 in the last 16 and comfortably overcame former world champion Adam Davis 8-2 in the semi-finals.

A close final was expected, but the outcome was anything but, as a relentless Whelan charged to the title and £5,000 top prize with a staggering 8-0 clean sweep win.