AUSTRALIA
Ryan Thomerson further bolstered his claims as one of Australia’s emerging and most exciting talents when he secured the National Under 21’s title in Melbourne, Victoria.

Already with State and Oceania Championships currently under his belt, he dropped just 5 frames throughout the entire competition, which was being held at the Brunswick Club in his home state.

He qualified top of his round robin group with 4 wins out of 4, and then dispatched Queensland pairing Zayne Clarkson 4-2 in the quarter-finals, and Jayme White 5-1 in the semi’s.

In the final he faced fellow Victorian Arthur Lin, in what would be a repeat of this seasons state championship showdown.

Lin himself had been in ominous form, having a 100 percent record en route, and fashioning what would be the tournaments’ highest break of 106 to his name.

However despite the big billing, the clash was somewhat one sided, with Thomerson winning the first 5 frames and running out a comfortable 6-1 winner. The champion made an 85 break in frame 3.


WALES
Jamie Clarke continues to swell his impressive snooker credentials as he became the 2015 Welsh Under 21’s champion.

In the culmination of the under 21’s season, Clarke beat Tom Rees 3-2 in the final at the Matchroom Club in Llanelli.

Rees has had a sterling campaign himself, winning three tour events and finishing runner -up in another two, to top the rankings list and end the year as the top ranked junior in Wales.

Clarke, who won the 2014 Welsh Amateur among many other honours, beat international representative players such as Ryan Rowlands, Rhydian Ap Owen and Callum Lloyd on route to the title. He also made the high break of 101. 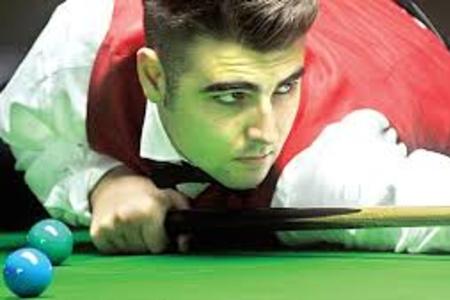